I was thrilled to be nominated for Cycling Champion in the London Cycling Awards recently. And surprised. Early thoughts were ‘but there’s lots of people done a lot more than me’ (followed by a long mental list of names of people I know who deserve awards – if you’re reading this, I guess there’s a good chance that it’s you I’m thinking of) and ‘I can’t believe I’m in competition with Chris Boardman!’ Also reading Mark Ames’ post, it’s not just me – it generally makes people very happy to be recognised in this way, and it’s something that other cycle campaigns (and maybe even local LCC groups?) should consider doing. Where activists, councillors, officers, practitioners, etc. have done something we rate, it’s a useful way of giving positive reinforcement, where people maybe often don’t know if they’re doing something useful or only tend to hear negatives. 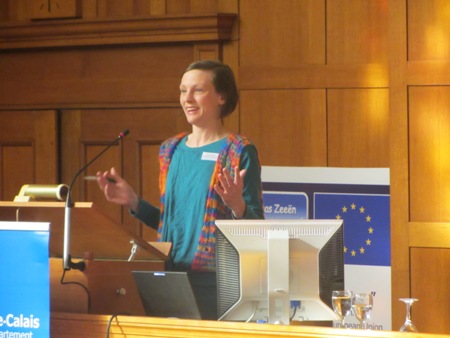 It also occurs to me (belatedly) that I should probably write something brief about myself and what I’ve been doing around cycling, given I’m probably somewhat obscure within my category. I’ve had a slightly unusual journey to being an ‘leading voice’ on cycling (according to the Bristol Cycle Festival). It took me a while to get into academia in the first place. Five years just to finish a first degree, during which I struggled, dropped out, swapped institutions, and changed from Maths, to Philosophy and Psychology, eventually settling on Sociology and Social Policy. Where I found it a pleasure to learn and argue about subjects (social justice, homelessness, education policy…) that I cared a great deal about.

Later moving sideways into transport from sociology, I’d like to think I’ve carried with me a concern for equalities, well-being and sustainability, for public involvement and the ideal of the public intellectual, and for remaining critical about things close to my heart. (Possibly less welcome is my tendency to wave scare quote fingers in the air and to use words like ‘motilities’).

From 2008 onwards I’ve been doing research around cycling, in various ways, in my academic role, and from 2010 onwards I’ve been doing related teaching. Until 2012 my professional life was at a distance from the advocacy side of things. I was an LCC member, like I am a member of UCU, to be represented in some important aspect of my life. But I wasn’t really an active LCC member. That really changed in 2012 when I got involved in doing some research on the Londoners on Bikes organisation, which aimed to make cycling a headline issue in the 2012 mayoral election. I was inspired by the campaign and the people involved; at the same time The Times and other news organisations were beginning to make a stir around cycle safety. it seemed to me that this was our moment and I needed to do more than speak to academics at conferences and write papers about what was happening. I needed to get involved.

So I stood for election to the LCC Board of Trustees in 2012, as well as getting involved in other ways (e.g. setting up research networks, writing on this blog, giving evidence and advice to various organisations and inquiries, organising and speaking at events). This coincided with my taking up a lecturing post within Transport Studies properly, which has been great for keeping me in touch with views and experiences of early career professionals (students) within the transport field. On the LCC Board, as Chair of the Policy Forum I have sought to encourage debate and develop policies that are explicit about what people need from cycling environments. I believe that while transport is complicated, we should be able to communicate policy positions concisely. So the policy papers I’ve led on are always three pages or less. (OK, if I’m honest, they are generally three pages. But I’m still proud of this given the pinnacle of my academic training was a 100,000 word PhD, which at most eight people read. We are not trained for brevity and mass communication).

I put forward the motion to the LCC AGM in 2013 on when we need protected space for cycling (20mph-2000PCU), because I believe it’s important to aim high and be clear about what we want. I’m passionate about cycling as a social justice issue, and about social justice in cycling: getting a wider group of people cycling. A paper I’ve recently been researching has shown just how limited our ‘cycling revolution’ remains, in terms of age and gender. It can’t just be for a demographic minority; it’s got to be for everyone. I still often encounter transport and cycling events where pretty much every other speaker is a man. (Which always makes me feel, ‘Great, if my talk is crap then the odds are some of those guys won’t just to go away thinking ‘that Rachel Aldred was really rubbish’ but ‘those women speakers, they’re rubbish’.)

I’ve enjoyed setting up and running the series of LCC Policy Forum seminars: we’ve had 13 seminars in just over a year and while I’ve liked them all, I think our joint event with Living Streets – including expert facilitators and a fantastic, engaged audience – was one of my favourites. It gave me faith that people who want liveable cities can come together and plan the future, productively discussing disagreements and possible conflicts. Another seminar on cycling and transport modelling brought together academic and advocacy interests nicely, with 70 people discussing the topic from campaigns, from academia, and from practice (including hearing from TfL). Although like many campaigners I’ve got a lot of strong views myself, I hope I’ve made spaces for open debate and discussion.

I wouldn’t say I’m a natural at public speaking and I do often get quite nervous. So sometimes, it’s been quite challenging – arguing with Jane Garvey about helmets live on Woman’s Hour, speaking on top of the bus at a post-Big Ride rally, or chairing a meeting of 17 people with around 25 opinions between them – but it’s rarely been boring. And while sometimes I feel pessimistic, particularly when I feel bad systems keep on blocking good people (and there are a lot of good people out there trying to do stuff for cycling), I think cycling advocacy is on the up. Like the motorway visionaries of the fifties, we have a dream of a better future. We have stories and we have statistics. Let’s keep on using them.

(Oh, and please vote in the London Cycling Awards!)