Westminster: cycling squeezed out in Piccadilly

NB – the deadline for response is Friday 8th November.
This post is a follow-up to a couple of earlier posts about Westminster’s Piccadilly Two Way scheme, which has been rumbling on. Six months ago, a group of cycling advocates and experts were invited to meet and discuss the Piccadilly Two Way Part Two scheme (P2W2). We made a range of suggestions which, we hoped, might make it into revised plans. You can see the LCC response to the original scheme here.

Unfortunately, Traffic Management Orders published last month show that the scheme is still deeply unsatisfactory for cycling. The local LCC group has decided to object to the Orders, something they don’t do lightly, as it can cause serious headaches for authorities. You can read Westminster Cyclists’ objections here and see the Orders themselves here.

I would very much encourage all blog readers who cycle in Westminster – or would like to, if cycling was safer and more pleasant – to also respond to the Orders along similar lines. Westminster Council is obliged to consider all objections; you need to email them to this address: TMO@westonejv.co.uk.

Back in May, I wrote:

People – and particularly those groups currently under-represented among London cyclists (like older people) – don’t want to fight their way through congested, polluted streets where motor traffic is either speeding past you at 35mph or entirely blocking your path. Unfortunately, that’s what a lot of Westminster streets look like, with the added bonus of confusing one-way systems which generally don’t exempt cyclists. 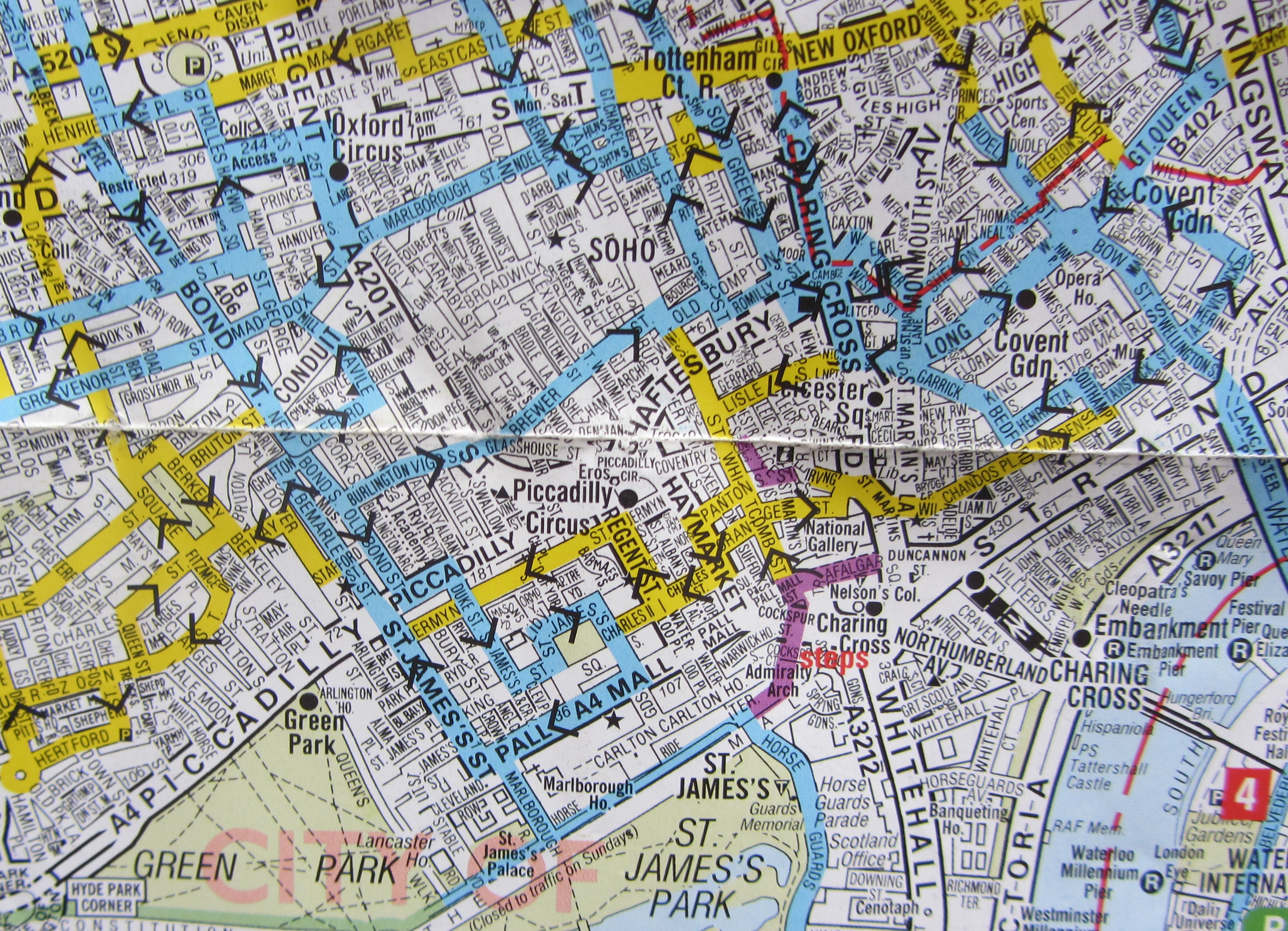 The Piccadilly Two Way area certainly does look like that. Desire lines for cycling are suppressed by major roads carrying well in excess of 10,000 motor vehicles per day, including large numbers of HGVs. For example, East-West Piccadilly acts as a major barrier, and the small streets that could provide a nearby alternative are a maze of one-ways. Contraflow cycling, increasingly the norm in much of Camden, City, Hackney and other boroughs, still seems too challenging for Westminster to implement where it is most needed.

[D]espite £8 million of work (and despite the removal of carriageway space) all cyclists are being offered is paint on multi-lane roads: no protected infrastructure, no planned permeability improvements.

Unfortunately, my comments in May are still largely applicable to the details shown in the Traffic Management Orders. From those, here’s the drawing of what is planned for the bottom of Haymarket.

The busy roads are treated in this way. No protected space for cycling, with multiple vehicle lanes squeezed in at junctions and cyclists squeezed out. This designs in risks (including serious left hook risks) and creates intimidating and unpleasant cycling environment. Meanwhile, the one-way maze (which could provide alternatives to busy roads like Piccadilly) is left largely unsolved, with contraflow cycling only permitted on a tiny part of Jermyn Street. The two-way offered on Panton Street is negated by closing Norris Street to cyclists on the other side of Haymarket.

What I find frustrating is that local advocates were asked to contribute, made very reasonable suggestions, most of which seem to have been entirely ignored. The contraflows and permeability improvements requested, and the segregated track requested along Lower Regent Street, would have been relatively simple and cheap (in the context of the scheme) and with little in the way of negative impact on other users. In fact, they would have been a first step in opening up the area for mass cycling, and so enabling those currently squeezed out altogether, to ride.

Please, if you cycle in Westminster – or would like to, if cycling was safer and more pleasant – consider adding your voice to that of Westminster Cyclists. Email objections to this address: TMO@westonejv.co.uk.

One Response to Westminster: cycling squeezed out in Piccadilly