I’ve wanted to write a post on this for ages. Workload pressures meant it hasn’t happened, so I’ve decided to write the post in parts. There’ll be some in-depth discussion of what a Cycle Priority Network would mean for planning routes and infrastructure. But I decided to start with a thought experiment. Like Einstein, ‘I thought of this while riding my bicycle’; I’m not Einstein, so blame me – or the inspiration provided by my daily commute – not the bike.

The Mayor of London’s seeking to implement her visionary Car Network. This would change London’s entrenched bias in favour of walking and cycling, and give motor traffic clear priority on a selected network of streets within the capital.

But the project’s in trouble. For one thing, every aspect of the alignment and design of the Car Network must be agreed with all 32 London boroughs – plus where appropriate City of London, park authorities, Business Improvement Districts and a raft of other stakeholders and interest groups. 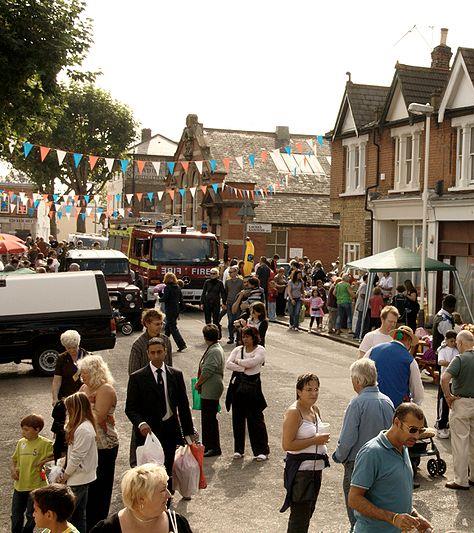 If unhappy, any one organisation might blow a hole in the proposed Car Network, or at least ensure it’s bogged down for years. And that’s without the pedestrian, cyclist and ‘liveability’ interest groups who seem to ‘run things’ behind the scenes and occupy key positions of power, including many seats on the Transport for London Board. Despite a consensus for change, the institutionalised assumption that cycling and walking come first has made it politically impossible to, for example, remove or relocate cycle parking that blocks the proposed Car Network. Having to get out, walk around Sheffield stands, and then get in another car to continue a journey is a real barrier to driving.

One example demonstrates the problems London’s having in prioritising motor traffic. The Mayor is currently trying to drive the Car Network along Holmes Road, running through the City of Westminster. While it’s supposed to be on the Car Network, the way Holmes Road looks is pretty much the default in the city, and with a lack of good examples, engineers still find it hard to design well for motor priority.

Mostly allocated to walking and cycling, Holmes Road’s almost impassable for motor vehicles. What should be an obvious, direct driving route is seen as unsafe, uncomfortable and slow. There aren’t any good alternatives, despite attempts to direct drivers onto detours through other boroughs more supportive of the Mayor’s wishes. Drivers complain these routes are confusing, don’t go where they want to go, and take much longer than a direct route should.

Many people use Holmes Road as an example of why they won’t even consider driving in the city, while London’s existing drivers have taken to social media to complain. One tweeted just this morning -‘Can’t believe I’m stuck behind child playing Ludo again this morning #carspacenow’.

The Mayor’s Motoring Commissioner, the eminent Professor Simon Ghastly, has been on the case, but as yet to no avail. He’s being obstructed by the City of Westminster’s Transport Commissioner, Ms. High, who remains intransigent. A sandal-wearing sixties throwback, Ms. High is expert in stonewalling both Professor Ghastly and officers leading TfL Motoring (who suspect many of their colleagues don’t really understand driving and are procrastinating till the car fad’s over).

While saying she doesn’t oppose driving in principle, Ms. High has questioned whether the proposed route should go through ‘her’ borough at all. She’s asked rhetorically where the children, cyclists and pedestrians will go if space is taken away from them. Motoring advocates fear that we’ll never create a coherent Car Network. Driving will remain only for the confident and skilled, with most people sticking to walking or cycling, unlikely to get the chance to drive on London’s streets.

Next post (when I have time): What Cycling should learn from Bus Priority.