Last week and this week have seen several inquests into London cycle deaths, with a series of sometimes almost unreadably sad tweets by Ross Lydall at the coroner’s courts. One of the inquests has been into the death of the architect Francis Golding, killed by a coach last November at the junction of Vernon Place and Southampton Row. 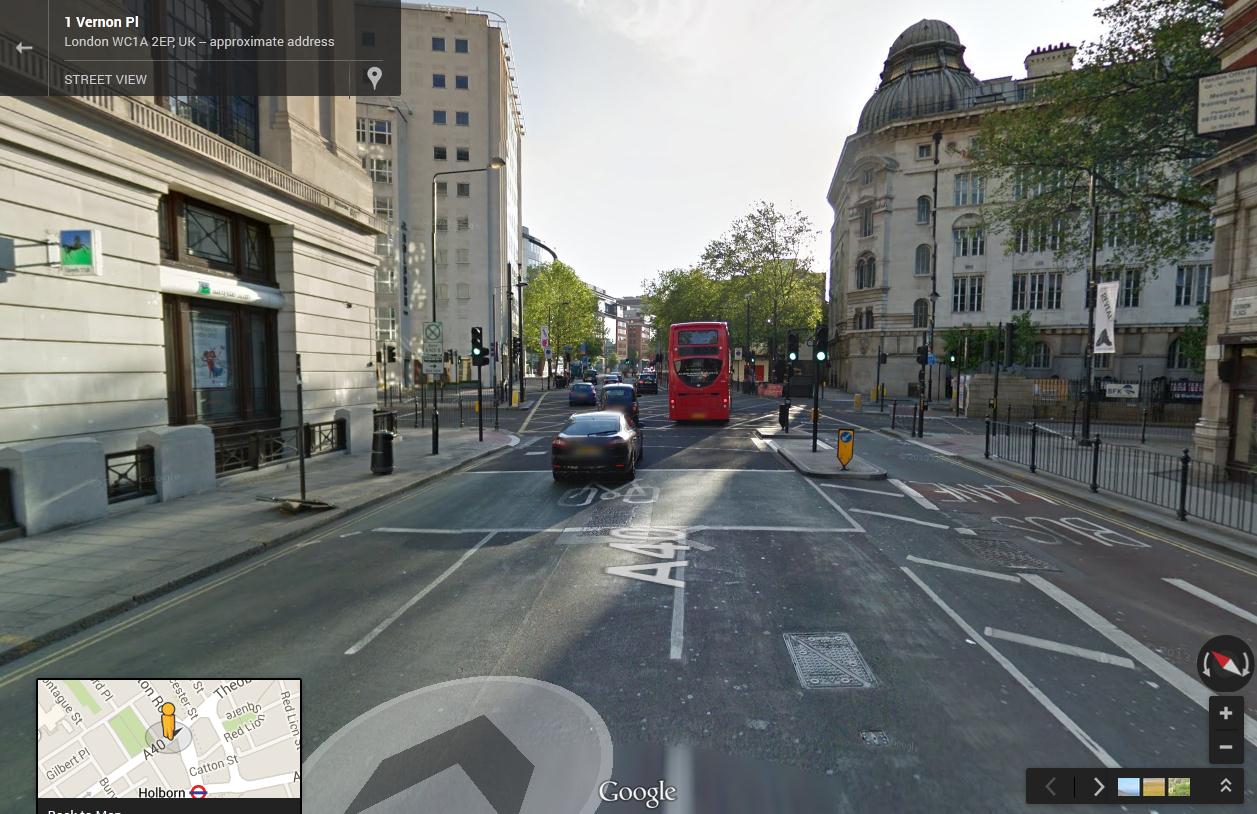 A report by the BBC’s Tom Edwards quoted a fellow cyclist present at the scene as saying: “I don’t think he was paying enough attention for two seconds of his journey and he really paid the consequence” while “[e]vidence from the [Metropolitan Police] showed [the coach driver] had two seconds in his mirrors to see Mr Golding. The driver did not see him.”

Leaving aside the specific details of the case and the comments made, Vernon Place clearly is a location where two seconds (one’s own momentary distraction, or a driver’s) could mean the difference between life or death for people on bikes or on foot.

There are still so many places like this, including places supposedly designed for cycling. Riding to Brixton and back last night for a meeting (on designated or recommended cycle routes, for most of the journey) I experienced around four near misses, where two seconds could have been fatal, including a Northbound junction on Cycle Superhighway Seven where left hooks are invited: motor vehicles swing left across the cycle lane, with the turning radius positively encouraging them to continue at speed. Another near incident was my own ‘fault’: I had failed to realise that I needed to take a sharp right turn after traffic lights, and so had to cross a fast moving traffic stream to do so. I wobbled slightly in front of another cyclist when I realised this, to her annoyance. And fair enough: had I wobbled more, we might both have gone under the wheels of a van driver who wanted to go straight on, and was not keen to hold back to enable cyclists in ‘the wrong place’ to cross his path. Had we had safe infrastructure, the potential risks of my slight incompetence would have been far, far lower. Being hit by another cyclist, and being hit by a motor vehicle, carry very different risks.

I wouldn’t expect or accept this kind of thing elsewhere in my everyday life. At the meeting I attended, two seconds’ inattention would have at most mildly irritated my colleagues. If I briefly lose concentration while writing, or while lecturing, the effect is minimal. At most I might write a nonsense sentence or say something that isn’t clear. Two seconds looking out of the window while doing the washing up has once or twice led to minor cuts, but that’s pretty much it.

I’m not singling out CS7, or London. These kinds of ‘routes’ exist up and down the country, in fact more so in many other places outside the capital. Environments where, as a person on a bike or on foot, if you make a small mistake, or get distracted by something, you face the death penalty. We know this, and we know how to change it. Until our streets are designed for safety, inclusiveness and kindness, rather than for motor vehicle capacity and convenience, these preventable deaths will continue. Do we want streets where motor vehicles can shave two seconds off their journey time, or do we want streets where a person walking or cycling can be pleasantly distracted by a garden, a shop, or a passing cat, without dying?

One Response to Two Seconds