This morning, alongside the general gamut of variable behaviour by all road users, someone nearly drove into me. He wanted to turn left out of a minor estate road. I watched as he completely failed to look and pulled out right in front of me. I had to think quickly and make an emergency stop to avoid him – he had no idea at all that I was there. Heart jumping, I shouted ‘You didn’t look!’

Coincidentally, I failed my driving test first time around for a similar error. In my case, I failed to see a pedestrian. Having lived in Inner London for 15 years, it’s some time since I last drove. I’d hope that I’d do better than that driver this morning. But would I? I can’t be sure. As a cyclist and a pedestrian, I don’t remember to look 100% of the time. I’m not sure I was that great a driver, either. 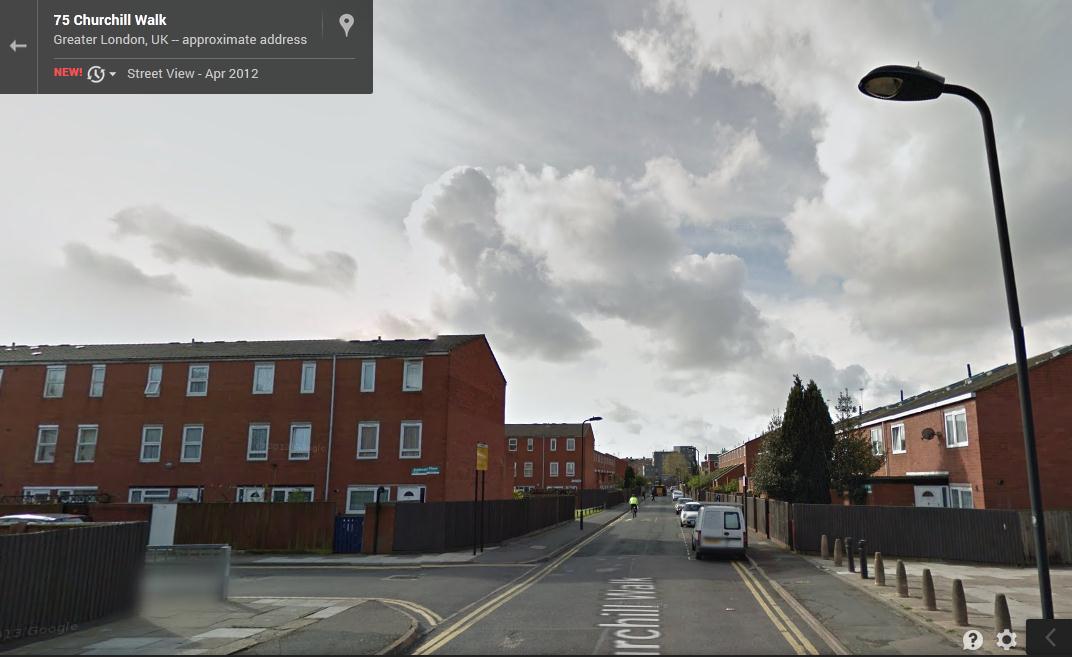 Where the driver pulled out without looking. At least it was easy for me to safely take evasive action.

Luckily, the street on which this morning’s incident took place is a forgiving environment. It’s a section of my commute, a part which effectively separates cyclists from (high volumes or high speeds of) motor traffic. A combination of one-way streets and modal filtering (= bollards) in the neighbourhood has meant Churchill Walk is no longer a useful link for people in motor vehicles; it’s almost exclusively used for access. Numbers and speeds of motor vehicles are low. The treatments are not perfect – most of the one way streets are still also one way for cycling and some of the modal filters need work. But the fundamental thing’s there. On this section of route I am largely protected from the consequence of motorists’ errors.

Had the incident happened on nearby Homerton High Street, a much less ‘forgiving’ environment, the consequences of driver inattention could have been much more serious: in attempting to avoid a collision with a driver pulling out, I might have been hit by another motor vehicle coming at speed (e.g. from behind me). 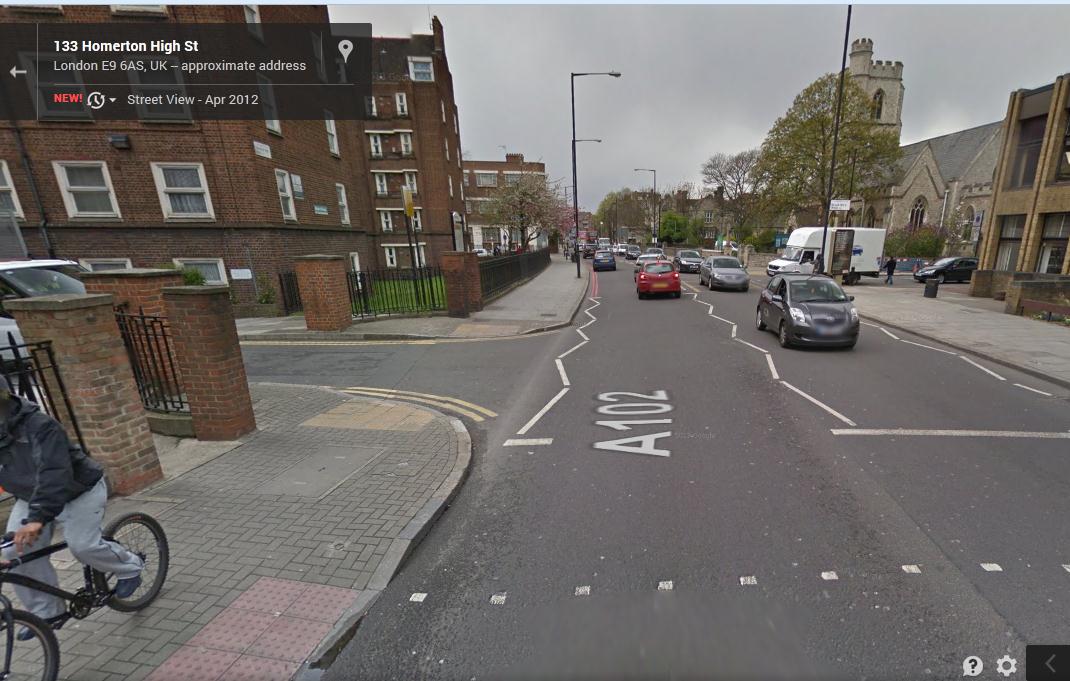 If a motorist pulls out here without looking (which I’ve also seen happen) the risks are much higher.

This for me is another indication of why separation from high volumes and high speeds of motor traffic is important. On Churchill Walk, sharing space with motor traffic works because there are relatively few motor vehicles and they are slow. Not only are interactions with drivers infrequent, when they happen, drivers must interact on more equal terms with people on bikes and on foot. (The restrictions on car parking may also help). As I argued at the Space for Cycling conference last week, filtering out and restricting through motor traffic is an important component of making space for cycling, and reclaiming residential streets for people. It’s one way of creating forgiving environments, where we’re not relying on drivers – or ourselves, or pedestrians for that matter – never making mistakes.