Cross-posted from Modelling on the Move 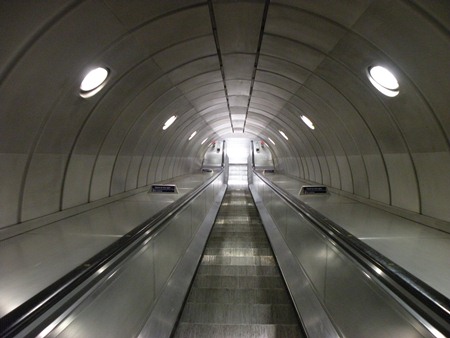 In May and July I attended two modelling conferences: Modelling for Policy and (one day of) Modelling World. The former was an academic conference, organised by British Academy postdoctoral fellow Erika Mansnerus, and mainly (but not exclusively) focusing on health modelling in relation to social science perspectives. The latter was the seventh annual conference of transport modelling professionals, organised by knowledge exchange company Landor.

In some ways the events were quite different. MW was primarily a practitioner event, with academics in the minority; MfP was the other way round. MW was about transport modelling; MfP mainly attracted people from the health disciplines. But reflecting back, it seems like the different modelling worlds are not so far apart in some respects, and lessons learnt in each are relevant for transport. In thinking about this, I want to focus briefly on two talks from MfP, and then draw links to some of the debates that took place at MW.

Although people at MfP felt that social science perspectives had traditionally been excluded from health modelling, there was a sense that this was beginning to change – that, in Helen Lambert‘s phrase, modellers were becoming more concerned about ‘socio-cultural plausibility’ : in other words, models should do more to represent and address social as well as medical relationships. Charlotte Watts‘ talk provided an example of this; titled ‘Using modelling to inform HIV policy in low & middle income countries’.

Charlotte leads the Social and Mathematical Epidemiology Group at the London School of Hygiene and Tropical Medicine’s Department of Global Health and Development. She spoke about their work modelling the spread of HIV in low and middle income settings, explaining that traditionally a simple infection model based around client-sex worker interactions had been used. This focused on those individuals likely to affect more than one person, leaving out key actors – specifically, men aside from clients involved in the industry.

Conversely, social science insights suggest analysing the sex industry as a business with market forces, key actors, and power inequalities. Drawing on this broader perspective the team produced a simplified ‘pimp model’. The model suggested that the role of pimps in the spread of HIV was particularly important where there are quite low rates of infection among sex workers, often when there is high turnover.

This example suggested that incorporating a more structural approach to sex work could both provide better social science knowledge and better knowledge about disease transmission processes. Charlotte argued that epidemiological models currently lagged behind understandings of health in its socio-economic and political contexts. Epidemiological models often focus on influencing individual behaviour however, she argued, ‘we know social, cultural, economic forces shape this – alcohol, poverty, violence, rape. But in modelling all we do is go from rates of partner change to HIV transmission.’ Including wider social determinants of health is a challenge but one that modellers should seek to address’. There are examples of organisational change affecting HIV transmission, but these have not been incorporated in modelling yet.

While Charlotte made a plea for social science perspectives in health modelling, Melissa Leach (who directs the ESRC STEPS programme: Social, Technological, and Environmental Pathways to Sustainability) argued more specifically for smaller-scale and participatory modelling. Melissa talked about how science is always wrapped up in stories; narratives of change, of fear, of invasion, of safety, of stasis. These narratives matter, and while they may seem a long way removed from models, they can be closer to them than we think. The rise of big data changes the model’s gaze; shaping how models view the individuals and systems they seek to know, predict, and control.

Melissa explained how the politics of modelling shape what is produced. Hierarchies, both within and between disciplines, affect who is invited onto panels and what kinds of knowledge are produced. The ways that people, objects and places are figured within models is shaped by, and shapes, particular worldviews. Melissa gave the example of Ebola models, where the conceptualisation of ‘forests’ often draws on, and helps to reinforce, a ‘fortress’ approach to conservation that can be highly problematic in low-income contexts where people rely on forests for survival. ‘Outbreak anthropology’ by contrast seeks to build on local knowledges, including local practices targeting disease prevention. Such practices may invoke non-medical explanations but may be more effective at slowing disease transmission than attempting to impose practices lacking local cultural legitimacy.

One issue raised by Melissa’s talk, and briefly discussed later, was the extent to which we should attempt to ensure that models incorporate ‘other’ knowledges, or whether we should insist that such knowledges are used to supplement models. Will anthropologically-informed models do justice to anthropology, or do they risk excluding knowledge that cannot be so easily incorporated within a modelling framework?

This had interesting echoes in a debate at Modelling World around ‘Big Data’, although here the talk was of newly available large scale quantitative datasets rather than qualitative anthropological worldviews. Yet in both cases proponents offer the promise of incorporating new knowledges, and new data sources, to transform theory and practices. Others express caution and worry that we cannot simply transfer theory or data into modelling and expect transformation: there will also be loss. (One of my personal concerns being that ‘Big Data’ about cycling is currently very limited, so the exclusion of cycling from transport modelling might be perpetuated in new ways). The sense of disciplines being pushed was present in both settings – Luis Willumsen said at Modelling World that it was not possible to stop changes in transport modelling that have been set in train by changing data. ‘Revolution in modelling will come despite our best efforts’.

Luis’s contribution was in response to Joan Serras‘ presentation on using Big Data in transport modelling. His later presentation addressed the conceptualisation of the individual, and individual behaviour, within transport modelling. Luis said that within transport demand modelling, ‘the ideal traveller is rational, selfish, and its tastes do not change, ever.’ (Cue image of Dr. Spock!) And yet what we know about human behaviour suggests all these assumptions are dubious, particularly the last one. As Keith Buchan pointed out later, people didn’t predict the massive rise of useful and/or interesting ‘things to do’ on the train which has radically changed experiences of travelling (and their implicit costs). I am typing these words while on a train up to Edinburgh to present my work to the Scottish government, connected to email and the Internet: the journey to Edinburgh and back takes nine hours of my time but I can to some extent take my office with me.

While Modelling for Policy brought out ways in which health modelling is struggling to incorporate better (and more social) representations of behaviour, Modelling World brought out related issues for transport modelling. Questions around social structure were also there, although differently posed. Luis said that using more sophisticated assumptions about behaviour can make it harder to read equilibrium states. ‘It’s not realistic – there is no equilibrium out there – but we need it to compare like with like.’ People discussed the risk that models could just become more and more complex, losing any hope of transparency but without fundamentally improving theory.

Both conferences discussed modelling imaginaries and narratives, although from different perspectives. Modelling for Policy addressed these issues as being inseparable from models, models even being seen as in themselves narratives. (There was a recurrent debate about how a ‘model’ could be defined and separated from other tools, techniques, and approaches: with Melissa arguing that we should see less formal explanations as also being models). Modelling World did not address this so explicitly, but it was there in the discussions around the politics of modelling. For example, in response to a question from the floor that mentioned Pol Pot, Keith asked why we only seem to be able to imagine either crisis or business as usual; he saw this as blocking change, because everything can either only be terrible or as it is now.

Near the end of the day I attended, Phil Goodwin made a related but more specific point on the politics of forecasting narratives. He asked: why is it that for the last 15 years, UK traffic forecasts have continued to predict rising motor traffic levels, despite evidence suggesting this might not be the case? Phil suggested that this is related to the politics of modelling: in the years when ‘New Realism’ (the recognition that it is impossible to grow the road network to met increasing demand) was becoming established, it was in everyone’s interests to predict rising traffic levels, both the traditionalists (for whom rising traffic justified road building) and the ‘realists’ (for whom rising traffic was a wake-up call). But now, Phil argued, when it is being clearer that the continuing predictions of rising traffic serve to block change, they are finally being questioned. (For Phil, the discrepancy between DfT and TfL traffic forecasts for London is indicative of the debate over the future of traffic).

Like Phil, many people who practice or engage with transport modelling are keenly aware that modelling is performative: it enacts that which it describes. In Phil’s presentation, this happens through the forecasts encouraging the belief that motorisation is unstoppable and ever-increasing, with policy responses fearing to stop it. Similar themes came up at the Modelling for Policy event, where there was a disagreement over whether epidemiological models could be seen as performative, by comparison to economic models. Angela McLean argued that economic models drive prices and so are very different from natural science models. Mary Morgan responded that issues of prevention and control are often involved in epidemiology – so, even though ‘the flu virus cannot hear what I say’ (in Angela’s words), what the model says will still shape what people do, and so what the flu virus does. The process is different but performativity is still there.

Our seminar series hopes to raise and develop some of these themes over the course of the six linked events. This will include fundamental questions around what kinds of data and theories we need, and how transport modellers can learn from debates in other fields, such as public health. Personally, I’m particularly looking forward to exploring some of the fascinating issues raised at both events around the politics and cultures of modelling; what kinds of knowledges and narratives are promoted and silenced, and how these can where necessary be changed.