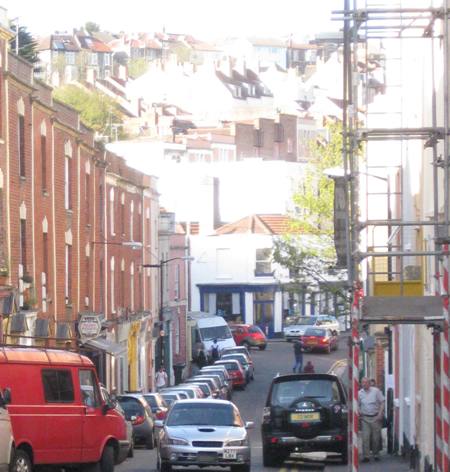 A lot of cycling advocates and academics are talking about the upcoming Parliamentary cycling inquiry. There’s another inquiry, open for written evidence, that’s also worth a look from a cycling perspective.

It’s on local authority parking enforcement, and the terms of reference include:

• How can local authorities strike a balance between using parking policy to manage congestion and using it to encourage people into town centres?
• What role does the Workplace Parking Levy have? Would people be more inclined to use park and ride services if there were a charge to park at work?

I’m going to put something brief in, one fairly obvious point is bicycle parking enforcement and the ease with which parked bicycles seen to be ‘in the way’ can apparently be removed (whereas the Protection of Freedoms Act 2013 makes it harder for landowners to clamp or remove illegally parked motor vehicles). This features in an upcoming article on bicycle storage I’ve been revising, which hopefully will be published in Social and Cultural Geography.

A few other key points and relevant sources of information:
• The importance of free parking in deterring people from using other modes, where provision for these exists. Recent evidence from Cambridge shows this clearly – see this paper by Carse et al (2013) in Journal of Transport Geography: The factors influencing car use in a cycle-friendly city: the case of Cambridge.
• The danger posed to cyclists by parked cars (via ‘dooring’), particularly where cyclists are riding on major roads with car parking. This recent study by Teschke et al (2012) on Route Infrastructure and the Risk of Injuries to Bicyclists identified this as a risk factor.

A few other relevant documents:
• The currently proposed Responsible Parking (Scotland) Bill, which would contain Scotland-wide restrictions on double parking, parking on pavements, parking at dropped kerbs, and parking at raised crossings.
• Carlton Reid’s interesting recent article on the law regarding pavement parking and cycling (including some more relevant sources).
• Statutory Guidance to local authorities on the civil enforcement of parking contraventions under the Traffic Management Act 2004, which among other stipulations states that enforcement authorities should design their parking policies with particular regard to managing the traffic network to ensure expeditious movement of traffic (including pedestrians and cyclists) (my emphasis)
• Finally, for now, the Living Streets evidence to the last inquiry on parking enforcement (in 2005-6, still relevant). In terms of evidence and discussions, there wasn’t much specifically on cycling last time around. The LS submission is mostly focused on pedestrians but does mention cycling.