Children and Cycling Research: thank you, and update

The Children and Cycling survey has just closed after two months. As far as I know, it’s the first detailed piece of research specifically looking at how adults’ preferences for cycling environments change when children are involved – including where children are cycling with adults, carried on bikes, or cycling alone.

While the findings are yet to be analysed and published, doing some initial tabulations suggests that the headline answer is ‘quite a lot’. Not rocket science, I know. But I think that starting to put some figures on those differences, and to propose some ways of assessing what’s good enough for cycling at different ages, could be quite useful for policy and planning at this point. 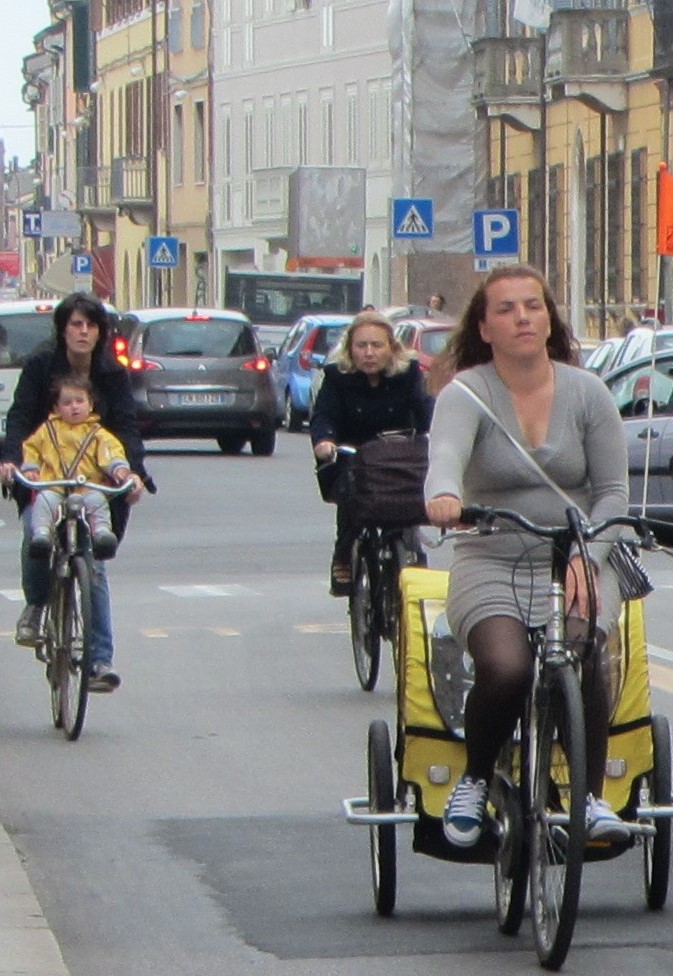 Children being carried on bikes in Ravenna, Italy.

A lot of people have made this possible. Thanks to CeMoRe at Lancaster University for providing some financial support for the project (and Westminster University for paying my salary!). Mel, who’s worked on the project with me. All those people and organisations who’ve helped share the survey, including British Cycling, CTC, LCC, Cycling Weekly and others.

And everyone who’s filled it in. One amusing moment was speaking to someone who said ‘I’ve filled it in, I’m the one who wrote an essay.’ My response: ‘The one?’ One of the fantastic things about working in this area is the level of interest and input from the cycling community. Around 70% are interested in participating in future research, and more than three-quarters of our 2,000 respondents want to see the results. That’s incredible. (If a little daunting for the researcher!)

There will be a series of publications from the research, in fact: several articles and an MSc dissertation, as well as getting the initial results out through various media and events.

Over the coming months there are thousands of free text comments for us to go through and analyse, providing lots of additional richness on top of all the quantitative material. So thank you all. Thank you to the people who sent photos, and told us in detail your frustrations, joys and concerns, what you felt about cycling, and about children cycling. Just having a first look at some of those comments along the way has felt alternatively moving, sad, and inspiring. Here’s to a Britain that seriously gets down to planning for children cycling.